How to prepare for an easier EOFY | SSAA 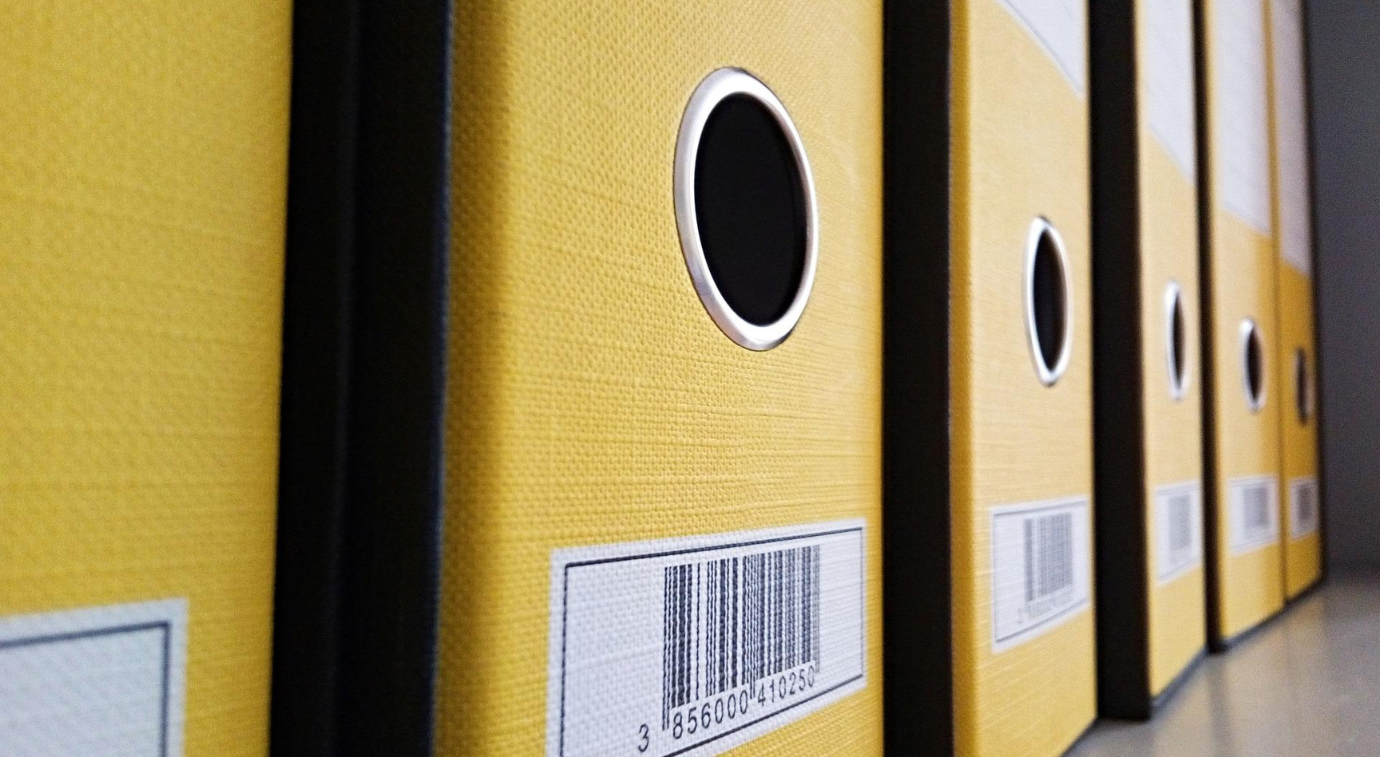 Is it really that time again already? With June 30 rapidly approaching, here are a few key tips to help prepare yourself and your business for the end of the financial year.

In the latest instalment of their Calm Tax Convo series, the team at businessDEPOT – including Sydney Director Rebecca Mihalic, Accounting Director Craig Harrison and Head of Tax Jacquii Reeves – shared some of the advice they give their clients to help them avoid paying a dollar more tax than they have to.

Here are some key takeaways that you can implement now to put your self storage business in the best possible situation for EOFY.

Don’t spend for the sake of it

At this time of year, it can be tempting for business owners to splash that cash and acquire assets with the goal of beefing up their tax return. But while the siren call of EOFY sales is difficult to resist, the businessDEPOT team say you should still only buy what you actually need.

“We don’t encourage our clients to spend money unless they actually need to,” Rebecca says.

“Whenever we’re talking about spending money,” Craig adds, “you still need to have a commercial basis for spending it. Otherwise you could be spending a dollar just to get 47 cents in the dollar back. For me, that’s still 53 cents out of your pocket, so don’t spend a dollar just for a tax deduction.”

If you are hoping to take advantage of a deduction, it’s particularly important this year to make sure it’s actually applicable. While a number of measures were announced as part of this year’s Federal Budget, the Government went into caretaker mode shortly afterward, and Jacquii says she often has to remind her clients that not all of those measures were actually passed before the election.

“I have had a number of clients talk to me about a Budget measure they were excited about, which was the Small Business Technology Investment Boost and Small Business Skills and Training Boost,” Jacquii says. “This would have enabled businesses to deduct up to 120 per cent of the cost incurred on business expenses and depreciating assets that support their digital adoption.

“That deduction was only ever going to be applicable for FY23, so if you’d paid the expenses in FY22, you were actually going to get the benefit in FY23. But now, because that bill hasn’t passed, and we’re not sure whether or not the new Government will pursue that measure, I think the message is, ‘Don’t rush out and spend if you weren’t going to spend anyway’.

“Ultimately, that’s what a lot of our tax planning conversations come down to – don’t spend money just to get a tax deduction. But there’s an additional caution for this particular measure.”

One measure that is in effect is temporary full expensing (TFE). Designed to boost the economy in the wake of the COVID-19 pandemic, TFE encourages businesses to spend, as eligible businesses can claim an immediate deduction for the business portion of the cost of an asset in the year it’s first used or installed for a taxable purpose.

TFE was first introduced as part of the Federal Budget in October 2020, and was later extended to the end of FY23, so businesses have until the end of the next financial year to take advantage of it.

“The key reminder here is that you don’t have to rush out before June 30 this year to buy all of your capital assets to get the deduction,” Jacquii says. “You have until June 30 next year.”

If you do want to claim the deduction this year, it’s important to be aware of your deadlines. For instance, it may already be too late to claim TFE this year for some assets, even if you purchase them before June 30.

“The asset needs to be installed, or ready for use, prior to June 30 for you to be eligible for TFE this year,” Jacquii explains. “So if you’re trying to get a new vehicle before June 30, for instance, given the car market at the moment and the lack of availability of stock, it’s probably already too late [to claim it this year].”

That doesn’t mean you won’t get the deduction; it just means you’ll have to wait until next year to claim it.

“The thing I talk about with my clients most of all,” Craig says, “is matching their expenses to their revenue generation. If you’re not matching your revenue and your expenses, you may have a period of time where you’re earning a large amount of income before June 30, but the expenses that you’re going to incur to generate that income aren’t coming through until the following financial year.

“Get invoices for services now, and look to pre-pay rent and expenses like that where you can, so that you can bring forward your tax deduction to this year as opposed to waiting for it until next year.”

Similarly, Jacquii says that if you’re looking to claim a deduction for superannuation on your payroll this year, it’s best to pay up early.

“The payment date is what drives the deduction,” she says. “We’re recommending to our clients that if they’re paying through a superannuation clearing house, they should pay their superannuation by June 15. I know that seems early, but the funds have to actually clear in the superannuation fund’s bank account for you to get the deduction now.

“With some of these superannuation clearing houses, it can take up to four business days for the money to clear in their account, and then in the superannuation fund’s account, so it’s best to be cautious. If you’re making personal superannuation contributions where you’re directly depositing the money – say, for example, into your self-managed super fund or industry fund – you probably have a little bit of extra time, so I’d be looking to make those payments by June 20.

“You just want to make sure the money has cleared in the superannuation fund’s account by June 30 so you can get the benefit of that deduction now.”

Know when to fold ‘em

As a business owner, you may be able to claim a deduction for income that can’t be recovered from a customer or debtor. For instance, if you have storers that have defaulted on their payments, and you know you’re not going to be able to recover the outstanding fees, Craig says now’s the time to assess those debts and make a call.

“You need to take definite action on those bad debts, and form your resolve that you’re not going to get them,” he says. “Then you can write them off. Effectively, you’re taking them out of your aged receivables and making a decision that these debts are no longer recoverable.

“A mere provision that you don’t think you’re going to get that money is not enough, from a tax perspective, to write that off. A definite decision needs to be made that this is no longer a debt you’re going to be able to recover – stop chasing it, it’s a bad debt, it’s gone.

“If you formally write off that debt this year, then you get the deduction this year. It’s important to note that doesn’t mean that debt can’t be paid in the future if circumstances genuinely change; it then becomes assessable income when you do receive it.”

Similarly, if you have stock you’re not going to be able to sell – if your self storage business has a box shop, for instance, and you have boxes that are damaged – now’s the time to write them off.

“June 30 is always a good opportunity to review your stocklines,” Jacquii says. “Have a look at any obsolete or damaged stock and make sure you’re writing it off before June 30. It’s the same as a bad debt – you can’t just be doubtful the stock will sell, you have to make a definite decision to write it off.”

Finally, Craig says it’s impossible to overstate the importance of being able to back up your claims.

“There’s been a lot of ATO focus on cars recently. There are two methods that you can use to claim a tax deduction for a car – the cents per kilometre, up to a maximum of 5,000 kilometres, or the operating cost method, which is a percentage of the costs of operating the car for business use. And the very first thing the tax office will ask for, if they look at your business use, is your logbook.

“Logbooks are valid for up to five years, but only if they still represent the current pattern of use. If your logbook is less than five years old, but the reality is that you’ve decided to work from home most days and you never get in your car, then your pattern of use has changed, and you’ll need an updated logbook.

“If you ever happen to be reviewed by the ATO, it makes it so much easier if you have receipts. But if you don’t have any documentation to back up your deductions, then the ATO are well within their rights to disallow the deductions entirely.”

The information provided here is of a general nature, and does not take into account your particular circumstances and needs. Before acting on any advice, you should consult an experienced and registered tax agent.